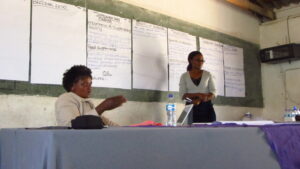 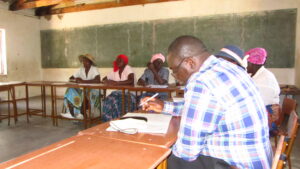 RESIDENTS in villages in Gwanda have hailed the School Readiness Initiative (SRI) program initiated by Uluntu Community Foundation as key in the development of their schools and society alike.

Speaking on the sidelines of a series of workshops held last week, Gwanda North villagers said the SRI program, which is meant to create Income Generating Projects within the schools to fund their School Development plans, encourage learner enrolment and boost pass rates, will enable schools to develop in ways they previously couldn’t with school fees only especially in the middle of a receding economy.

“We thank Uluntu for this program because it has unlocked the potential which was underlying in the community. We want our schools to develop to a higher class than what it is currently, with a high pass rate. Said Mr Nkosana Dube, senior village head at Magedleni primary school.

He added: “The success of this program will ensure that parents are spared from the burden of paying high amounts of school fees and tuitions.”

“This program came at the most convenient time considering the prevalent economic crisis in the country. Parents are really thankful to Uluntu for choosing us in the implementing of the program as this will ease school fee burdens and also enable the school to buy toys for the ECD learners.” Said Dube.

The workshop which ran under the theme ‘to help schools embark on resource mobilization activities to finance school development plans’ was held to teach the School Development Committees (SDC) as well as the Early Childhood Development (ECD) committees, school administrations and village leaders on how to manage the income generating projects which the schools have chosen in a bid to equip them as the managers of the project on behalf of the parents with the expertise on the day to day handling of the school project.

The schools chose projects ranging from goats, sheep and poultry. These were additional Income Generating Projects which the schools are embarking on after the establishment of the first IGPs in the previous grant.

“We as Magedleni chose the goat project. We would like to thank Uluntu for teaching us about rearing goats because they have empowered us as a community to develop our school through helping us to create the project. We are now able to repair cracked classrooms, repair broken furniture and buy new toys for the ECD Children with the money derived from the project.” Said Zibusiso Ndlovu who is the SDC vice chairlady at Magedleni Primary School.

The SRI project comes as a phase two project after the success of the first project where the organisation built 10 ECD classes and renovated 35 more for 25 schools in Gwanda.

The program will be completed in 2021 where all ten schools are expected to be running successful income generating projects as sustainable and viable businesses.