“Setting an example is not the main means of influencing others, it is the only means.” ~ Albert Einstein 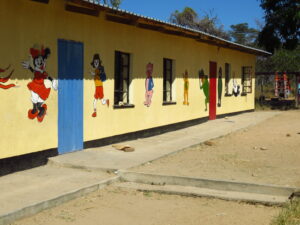 IT’S true when they say that leaders are those who lead by example. And if you see many walking where you have walked, then surely, there is something they see behind you.

In this harsh economy, Uluntu has tried with the resources received from the Roger Federer Foundation to uplift rural schools in Gwanda North. We’ve managed to lift them to a point.

We were very pleased to see that other organisations noticed our efforts and used their resources to sow where we had seen a growth potential.

Last year, a Non-Governmental organisation saw our efforts to establish an income-generating project for one of our schools, Magedleni Primary School, and further donated three cattle to their cattle fattening project on top of the six goats we had purchased for the school.

This year, another organisation saw the success of our goat project at Simbumbumbu Primary School and has further pledged 25 female and one male goat for their goat project.

The same organisation has also repainted classroom blocks for at least three schools which the communities and Uluntu have built and renovated.

Uluntu has always been preaching local philanthropy in local communities after realising that the development of a community does not lie in the hands of one organisation or one person. 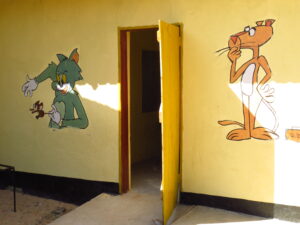 Other schools have used their Alumni for their development. Through their Alumni, Mtshabezi Primary School has also repainted their classroom blocks including the ECD classes which Uluntu and the community worked together in renovating.

In Simbumbumbu, the alumni have pledged to pay school fees for at last 20 school children.

Meanwhile, in Makwe Primary School, local alumni and miner, Mr Zwelitsha Nyathi, has donated fencing equipment to the school including poles and a sliding gate and also pledged to install water pipes in the school.

This is in line with what Uluntu has been advocating for, that communities use locally available resources in the form of people and organisations for them to develop at a speedy rate and this goes to show the level of influence Uluntu Community Foundation has in the development of Zimbabwe.